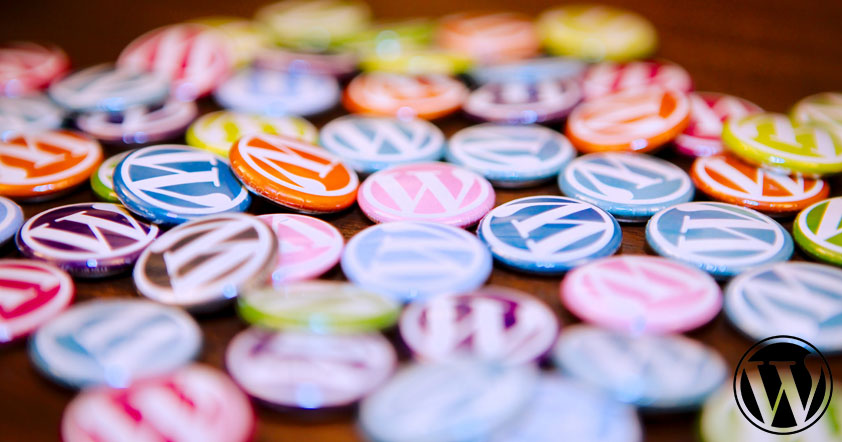 A month has passed since my first time attending WordCamp NYC 2014 in good ‘ole Brooklyn. It was a new experience, admission was cheap, and I still don’t know what to do with all the stickers and buttons I admittedly hoarded from the booths. ( I have this thing where if it’s free, well hell, I think I’ll help myself, thank you. ) In all seriousness, the entire conference was awesome and totally worth it. Only from attending on Saturday, I’ve decided to become a WC NYC attendee forever!

Being a WordCamp noob, there were a few things that surprised me, terrified me, and all in all, a lot that I learned from the adventure that I hope to share with people thinking of trying it out as well – or people just wanting another perspective on it.

Apparently from the list above, aside from it being a WordPress conference, I didn’t know very much haha. And so, moving on to what I know now!

WordCamp is Pretty Laid Back – in a Good Way

When I woke up the morning of the event, I spent a good number of minutes having what felt like a life-altering dilemma – what the hell do I wear?

No, seriously. I felt like, is this an interview? Am I going to – dare I say it – meet people? Will there be booths of enterprises quietly judging the dangling badge across my chest that read “WordPress Developer”?

I finally opted for a pair of worn-out sneakers and casual clothing, hoping that my New York Comic-Con instinct was correct: crowded and lots of walking. And so I went, and unlike NYCC – there were no cosplayers, just people. People wearing whatever they felt like.

WordCamp is For Everyone

Speaking of people, everyone was there – from plugin developers to WordPress core contributors and even your average joes looking to give their blog writing a bit more “Oomph”.

Also, the people at the booths were not pushy salesmen. They were great to talk to and it was really cool to learn about other WordPress companies, products, or services. Since everyone was so friendly, my earlier distress with clothing and impressions were completely uncalled for, and I was able to just be myself.

#WordCamp is for everyone! #WordPress

You Can’t Attend Every Session

Unfortunately, this wasn’t Pokemon, and I couldn’t “catch them all”. Once the schedule was out, I mulled over all the sessions happening for that Saturday. Sometimes I was torn, sometimes it was an easy choice, and sometimes none of the sessions during a particular time slot interested me.

My rules of thumb when I was torn were: Which session either complimented the other sessions I was attending? Or which would interest/benefit me the most? And for sessions I wasn’t particularly interested in – I chose what appeared to be the best of them. I didn’t want to miss out on a single minute!

You Don’t Know Everything & You Don’t Have To

I’m still young in my field, meaning experience-wise, and so it doesn’t surprise me when there are things that I don’t know. But I have to say, attending some  sessions really blew my mind. I had absolutely no idea what was being discussed because the topic was just way over my head and beyond my current understanding. And that was okay.

I sat there, writing down things that had no meaning for me yet, hoping that either 1) Some day, I’d be at a level where I could decipher the notes or 2) That I could share these notes with other co-workers or colleagues of mine that would make better use of that knowledge.

Also wrote down all these speaker’s twitter handles, blog urls, githubs, you name it. These speakers know stuff that I don’t – and therefore, I wanted to keep track of them. Nicely, of course. 🙂

Things I’ll Do Better Next Time

Really Talk to People This Time

I admit, I might’ve used my meet up with a co-worker as an excuse to just avoid all other contact with others. I’m a natural introvert who prefers quiet Saturdays walking her dog and watching anime with her boyfriend over going to  parties with a bunch of people I don’t really know very well. As much as the topic of code, especially WordPress, temporarily reverses that introvert bubble I have until I just can’t stop talking even if I tried – walking into WordCamp when I first arrived alone was intimidating.

So I grabbed a cup of tea, half a bagel, and kind of hid until my friend showed up. It wasn’t until I attended a session: Blogging Basics (Dangerous Blogging), by Mary Beth Coudal, that I was hurled out of my shell unexpectedly. By then, my friend had gone and I was on my own when Mary asked us to speak to the person sitting next to us with a few questions she had in mind.

What? Talk to people?! Internally, I was freaking out a while the cooler side of Rachel convinced panicked Rachel, “Come on Rach, you act all awesome and extroverted at work, you can totally pull this off. You’re a total pro.”

And I did pull it off. Spoke to a really sweet girl who wanted to start a blog about food she liked and loved dogs as much as I did. Also networked with the only female back-end developer I’ve ever met to date – and that was a great connection! Hurray for female coders!

Anyway, I wish I’d done this from the get go. It was scary at first, but next year, I’d like to expand my horizons. Turns out I enjoy people a lot more than I thought – especially if it involves WordPress.

The food options when purchasing a ticket for WordCamp were pretty vague, something along the lines of omnivore, carnivore and maybe some other option. Therefore what would be served for lunch was a total mystery. As much of a sucker I am for free stuff – I was a bit nervous about trying the food.

I let my friend grab a mystery lunchbox while I ordered nearby in Burger King and we sat to eat. Turns out her lunchbox, while everything in it wasn’t particularly something I cared for, it had some other appealing options. So perhaps next year I’ll be brave and give the lunch a chance.

Skip Some of The Sessions

I think since I was only attending for one day – I felt obligated to attend every session even if the topic was beyond my current understanding or it didn’t interest me. Got this tip recently from an article called, “How to Survive WordCamp: A Guide for Noobs“, and it turns out skipping one or two might be a great opportunity. Whether it’s to network, grab a few more freebies from the booths, or to just relax until the next session begins – next year, I’ll give skipping a session a try.

Here I am now, a month later, and I “survived” WordCamp. It made such an impression on me that it’s going to be an every year event for me. It was worth it for the price, the freebies, the knowledge and even the people. Hopefully with every year, it’ll be an even better experience than the year before!

Anyone else attend WordCamp? Here in New York or in other states? I’d love to hear about everyone else’s adventures – in spite of my introvert nature, I’m a chatterbox on the interweb. Looking forward to hearing about it!

A few things to keep in mind at #WordCamp. #WordPress